Looking for some more gift ideas for the little ones? Let’s see what Tracey’s got in her pack today: 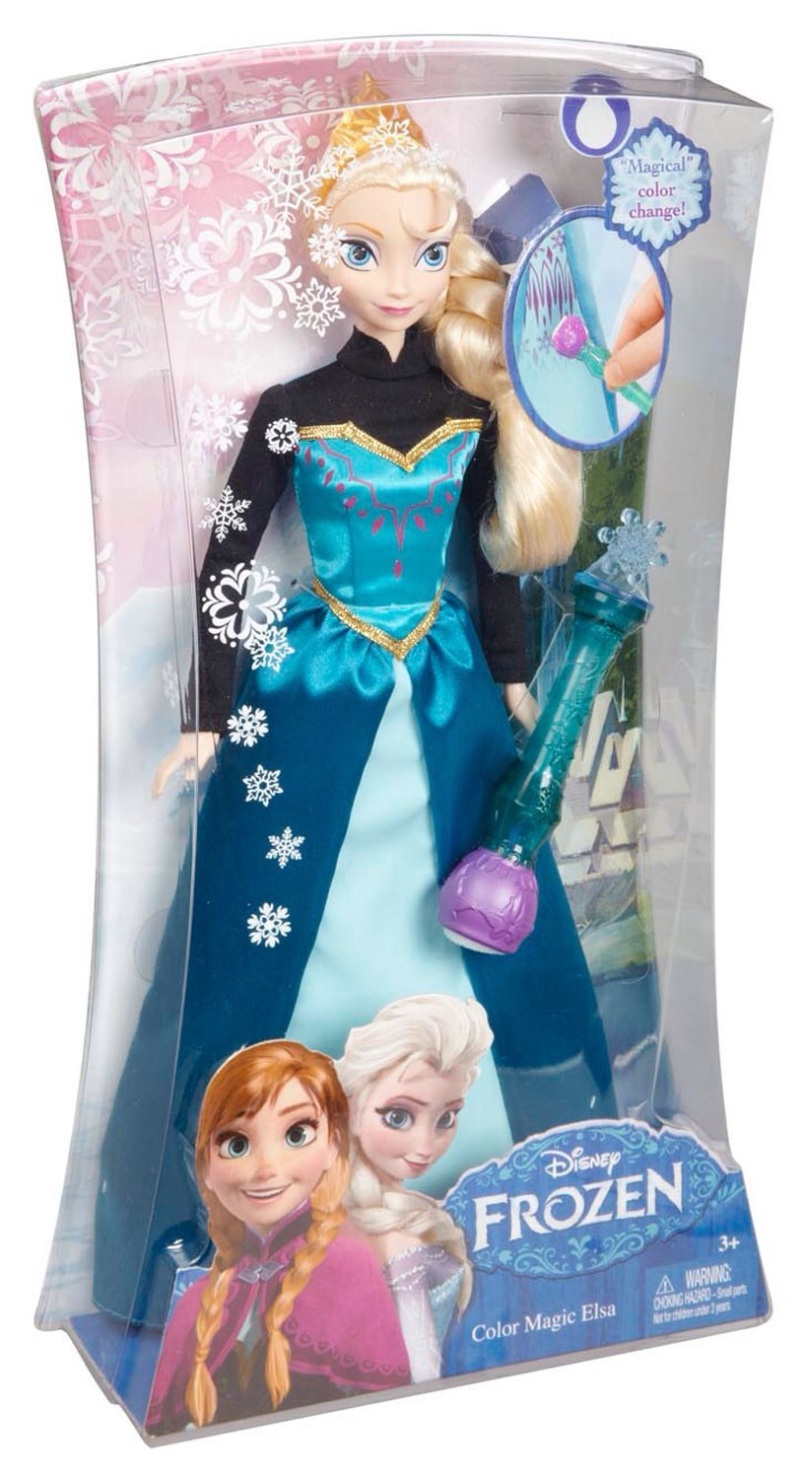 You’d probably stamp a huge “DUH” on my face if I started talking about how Frozen toys are big this year, so I’ll spare you that blurb. But I will tell you that amongst the available merchandise (and my god, is there a lot of it), a couple of my favorites are the Anna and Elsa dolls with color-changing dresses. One of the reasons I like them is because, unlike most of the other thousand doll options, these dolls have Anna and Elsa in their “coronation day” party dresses instead of the trademark outfits that they end up in by mid-movie. In other words, they’re actually a little different from all the other options. The other reason I like them is because their appeal is a kind of classic, old school one: you put water in the little wand accessory and “paint” the dresses to magically change their color and design. It’s simple, it’s not messy, and your kid can enjoy it over and over again. Hey, if you’re going to spend upwards of $30 on some random Barbie doll anyway, why not spend it on one of these dolls and make your little Frozen fan’s day? 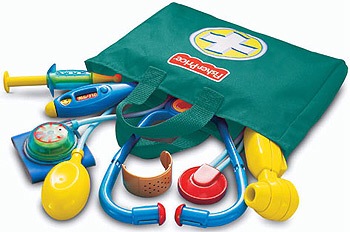 Now here is a classic toy…literally, I’m pretty sure this toy has been around for at least 30 years, probably more. A couple of my cousins had this kit as children, and except for a few minor changes (that were probably related to safety standards), it’s the same now as it was then. It still includes the little hand-pump blood pressure cuff, the same band-aid “braclet”, the same ear-checker-thingy (seriously, what the hell is that thing called?), and it’s all made of the same sturdy plastic that is nearly impossible to break. And seriously, what kid doesn’t enjoy checking heartbeats, giving needles, and wrapping up boo-boos? Kids love pretending to make parents, siblings, and grandparents feel better, so why not give them the tools they need with this affordable $20 kit? 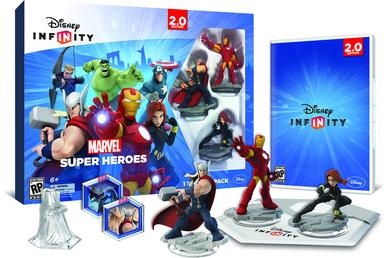 Okay, let’s get into something a little more, shall we say, substantial? Fair warning: with tons of figures and play pieces to collect, this is the kind of gift that you can easily find yourself spending more and more money on as time goes by. That said, if you’ve got a video game player who also happens to be a fan of Disney shows and movies, this is a pretty damn neat gift. The “starter packs” for the game come with a base on which you place your collectible figures in order to download them into the world of the game. The world and options available to you expand as you purchase your favorite character figures and the available “play pieces” (which unlock new words), meaning that you could theoretically keep playing this game for ages. The 2.0 version of the game also recently came out, giving us lots of new characters to choose between, and the 1.0 characters still work as well, making for an even bigger world (although be warned, the 1.0 play pieces don’t work with 2.0). Just a few of the available character figures are all of the movie-version Avengers (Captain America, Thor, Hulk, Iron Man, Hawkeye, and Black Widow), the Ultimate Spiderman characters (Spiderman, Nova, White Tiger, Power Man, Iron Fist, and Nick Fury), a couple of Disney princesses (Anna, Elsa, Rapunzel, and Merida), the Guardians of the Galaxy (Star Lord, Gamora, Rocket Raccoon, Groot, and Drax), and a ton of random characters like Stitch, Vanellope and Wreck-it Ralph, Donald Duck, Jack Sparrow, and many others. If you’ve got someone on your gift-giving list who is a gamer, a collector, and a Disney fan, this gift could easily be a triple-whammy.

Still not done shopping for your little ones? Come back on Thursday for my last batch of suggestions!